First there was Netflix. Now you can subscribe to an electric car 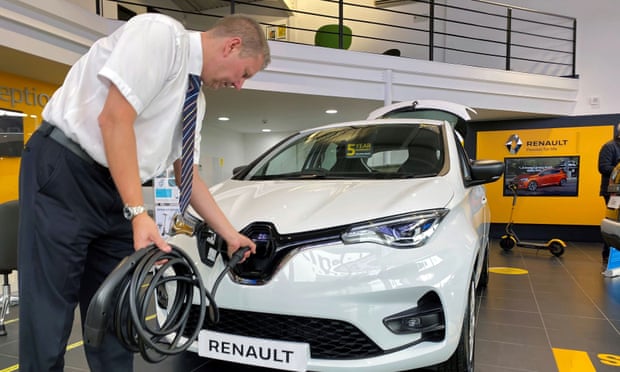 14 Mar First there was Netflix. Now you can subscribe to an electric car

You’ve already got a monthly Netflix subscription, and maybe a veg box delivery service. So why wouldn’t you start leasing an electric car on the same month-to-month terms?

Hot on the heels of bicycle and other monthly subscription services, drivers can now get electric cars on a renewable monthly basis, with everything included – even free charging.

A number of firms are now offering this fresh take on driving, effectively giving people a chance to try electric vehicles without the commitment of buying or entering a lengthy leasing agreement.

For £389 a month – with no up front deposit – Onto will provide a Renault Zoe 135 capable of about 190 miles on a full charge. As with Netflix, the contract automatically renews each month unless you cancel, meaning that as long as you keep paying, the car stays outside your house.

Included in the monthly fee is the insurance, maintenance and servicing, tyres, breakdown cover, the London congestion charge registration – and charging at 11,000 public chargers.

Analysts say it is a great way to try an electric car without a huge financial commitment. Until now, the options were expensive leasing deals, typically lasting a minimum of two years, starting at around £240 a month. Usually, there’s a deposit of three monthly payments upfront, and drivers have to insure and service the car themselves. Those buying a new electric car faced having to hand over a minimum of £25,000.

By the end of this month Onto expects to have a fleet of 2,300 vehicles and is planning to double in size every three months throughout 2021.

The crucial difference between these prices and conventional leases is that they include access to Onto’s fleet insurance policy. Users are allowed to use the car for commuting, social use and occasional business. However, commercial use, as a taxi or similar, is prohibited.

When you consider it could easily cost £800-£1,000 a year for many drivers to insure these cars, Onto’s pricing starts to look like good value. If you want a partner or friend to be able to drive, you’ll pay an extra £9.99 a month.

Be warned, though, that if you have an accident you will have to pay the first £1,000 of any claim.

Hirers get 1,000 miles included in their monthly fee, but you can buy extra if you find your mileage starts adding up.

Rather bizarrely, you don’t get the actual car keys: you will only be able to use the app on your phone to unlock, lock, and start the car.

The best bit is that if you decide you don’t need the car, after three months for instance, you can hand it back with no financial penalty other than the £49.50 collection fee.

Equally you can trade up or down to a better car, or a cheaper model, at any time. All the firm’s cars are 100% electric.

Free charging comes via BP Pulse, Shell and Tesla’s network, which would normally cost 30p per kWh, or around £15 to fully charge a Zoe. There is, of course, nothing to stop you charging the car at home at your own expense.

The other main difference between this service and a conventional lease is that you don’t get a new car: but it will generally have low mileage and be less than two years old.

Rob Jolly, Onto’s founder and chief executive says: “Onto was set up to make the customer shift to electric cars accessible, easy and affordable.

“Our subscription service means customers can sign up for a monthly rolling contract knowing that all their costs will be included and that they can continue, switch models or stop at the end of each month.

“Ultimately, we want to remove the barriers to EV adoption and encourage more zero-emission cars on to the roads. We also don’t believe flexibility should come at a premium, so our subscriptions are competitive with leasing – but with everything included.”

Rival firm Elmo works in a similar way, although its terms are not quite as favourable. Users have to agree to a minimum three-month rental, at which point they can cancel with 30 days’ notice. Drivers also have to be at least 30 to qualify, charging access costs an extra £10 a month, and you only get 800 miles a month included.

It also offers the MG ZS from £429 a month. These have much more space than the Zoe and would a good choice for anyone needing a standard family-sized car.

Melanie Shufflebotham, the co-founder of the Zap-Map website and app, which lists the country’s EV charging points, says these services are a great way to try an electric car, without tying yourself into a long and expensive contract.

She said: “Many people are keen to go electric but have concerns about the cost, or making a leap into the unknown. Studies shows that when drivers make the move to electric, they are unlikely to go back to a petrol or diesel car, so this could be a real game-change in shifting the dial on electric vehicle uptake.”