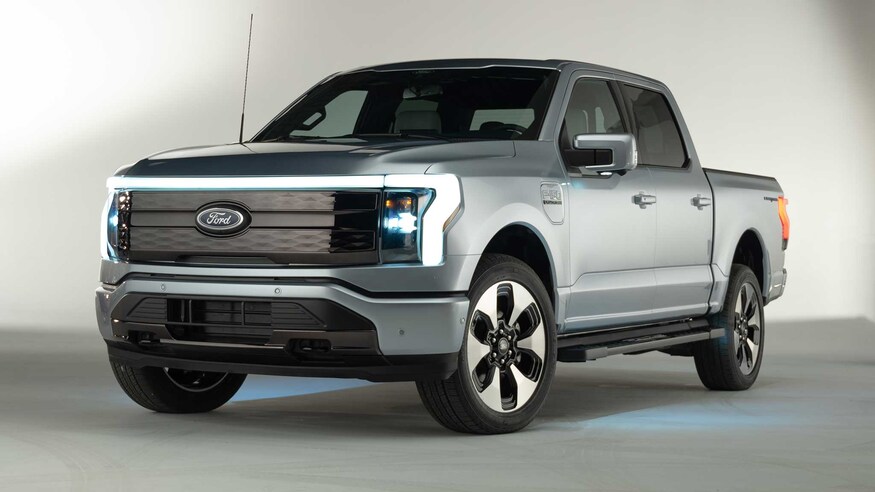 Ford will launch the electric version of its bestselling F-150 pickup truck on Wednesday, a move that automotive experts called “huge” deal for the shift to low-emission vehicles.

Joe Biden has pushed for the US to become the world leader in electric vehicles and has proposed spending $174bn of his $2.3tn jobs and infrastructure package to promote the transition from fossil fuels.

Ford’s F-Series has been the US’s bestselling vehicle since the 1970s. Last year the company sold 787,422 of the vehicles, a disappointing slide amid the coronavirus pandemic from the 896,526 units it sold in 2019, but the number still made it easily the bestselling truck in the US.

The latest version of the truck will be officially unveiled on Wednesday evening, timed for the California market, which is the largest electric vehicle market in the US.

The new F-150 Lightning is seen as being so important to the electrification of the US car pool that the president visited Ford in Detroit this week to promote his plans to overhaul the nation’s infrastructure and promote electric vehicles.

“The future of the auto industry is electric. There’s no turning back,” Biden said. “The question is whether we will lead or we will fall behind in the race to the future.”

Biden later test-drove the F-150 Lightning, which will be the most powerful version of the vehicle in the current lineup with a travel range of at least 300 miles. “This sucker’s quick,” he said.

“I think this is huge,” said Jennifer Weiss, senior policy associate for the climate and energy program at Duke University. “To launch a vehicle like this and a marketing campaign around it is going to be huge.”

Electric cars currently make up a very small percentage of the vehicles on US roads. Plug-in electric cars accounted for just 2.3% of sales in the US in 2020; Norway led the world with electric vehicles, accounting for 74.8% of sales. But it is China that has Biden most worried.

China is the world’s largest car market. Electric vehicles accounted for just 6.3% of sales last year but the size of its market makes it the largest in units sold. In 2019 Chinese consumers bought over 1.2m electric vehicles, more than three times the 328,000 electric vehicles sold in the US.

The F-150 is just one of a series of high-profile electric vehicles in the pipeline including new vehicles from Tesla and an electric Hummer from General Motors. GM’s chief executive, Mary Barra, has pledged to offer an all-electric lineup of vehicles by 2035.

But the US must tackle significant infrastructure issues if the F-150 and other electric vehicles are to become mainstream. While China has 800,000 public charging locations, the US has only 100,000. Meanwhile Republicans are pushing back against the size of Biden’s infrastructure plan.