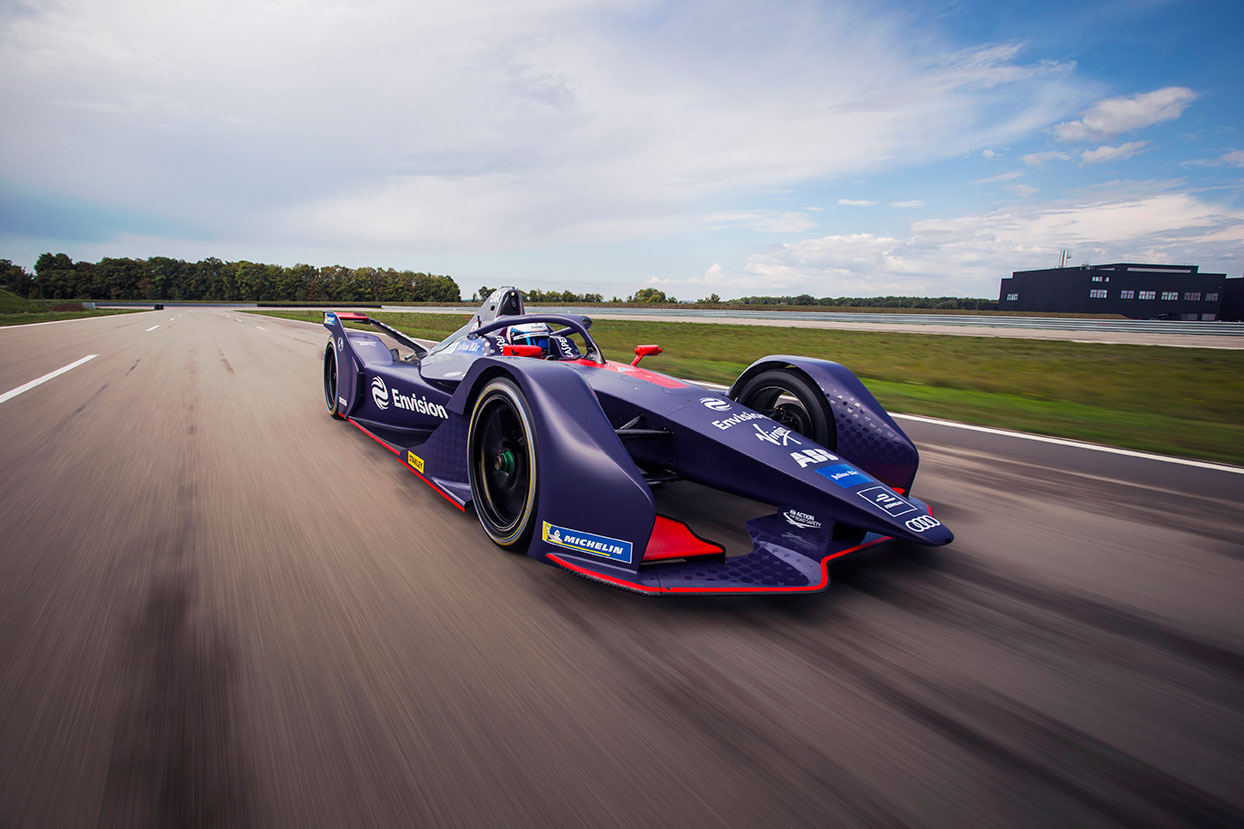 A Formula E motorsport team is hooking up with the United Nations climate summit to promote electric vehicles (EVs) after the UK pledged to phase out diesel and petrol cars by 2030.

British team, Envision Virgin Racing, announced on Thursday that it had been invited to take part by Alok Sharma, president of this year’s UN Climate Change Conference, known as COP26.

The Silverstone-based racing outfit is the only sports team to be an official partner of the global climate talks, taking place in Glasgow this November after being postponed due to the Covid pandemic.

The stakes for COP26 are high, with the talks seen as pivotal for raising ambition on tackling the climate crisis. One pillar of the summit is ramping up transition to EVs.

The UK saw EV sales accelerate in 2020 despite a poor year for the new car market generally. In December, pure-electric vehicles made up 16.5 per cent of sales of new cars.

However the UK is trailing other countries like Norway, where pure-electric vehicles accounted for more than half of registrations last year, making it the first in the world where battery-powered cars outstripped sales of petrol and diesel vehicles.

“We know that electric vehicles are greener, cleaner, and better for the planet. To meet the targets of the Paris Climate Agreement, we need to clean up the air we breathe by doubling the pace of transition to zero emission vehicles,” he said.

Making EVs more mainstream is imperative to meet the UK’s climate goals. In his 10-point green plan last year, Prime Minister Boris Johnson committed to ending the sale of petrol and diesel vehicles by 2030, part of the UK’s pledge to reach net-zero carbon emissions by mid-century.

Envision’s cars will be branded with the COP26 slogan, “Together for Our Planet” for this Formula E season which begins next month in Diriyah, Saudi Arabia.

The team will also run sustainability events under its “Race Against Climate Change” programme, including a children’s competition to design an environmentally-inspired race suit to be worn by the team’s drivers.

Envision Virgin Racing, a founder of the electric street racing Formula E World Championship, calls itself the “greenest team on the greenest grid”, being the first and only carbon neutral certified team.

It races with two fully-electric cars which can top 150mph. The team is owned by Envision Group, a green-tech firm working in smart wind technology, battery development and AI infrastructure.

Envision Virgin Racing’s managing director Sylvain Filippi said that motorsport showed off the potential of EVs, along with developing innovative technology that will filter from the track to the road.

“We are honoured to be joining forces with what is the most important climate event of the year and playing a pivotal role in encouraging motorists to make the switch and, more importantly, tackle climate change before it is too late,” he said.

In November, leaders from the world of car manufacturing formed a new Zero Emission Vehicle Transition Council to accelerate the transition to EVs. Further meetings will take place in 2021, including at COP26.