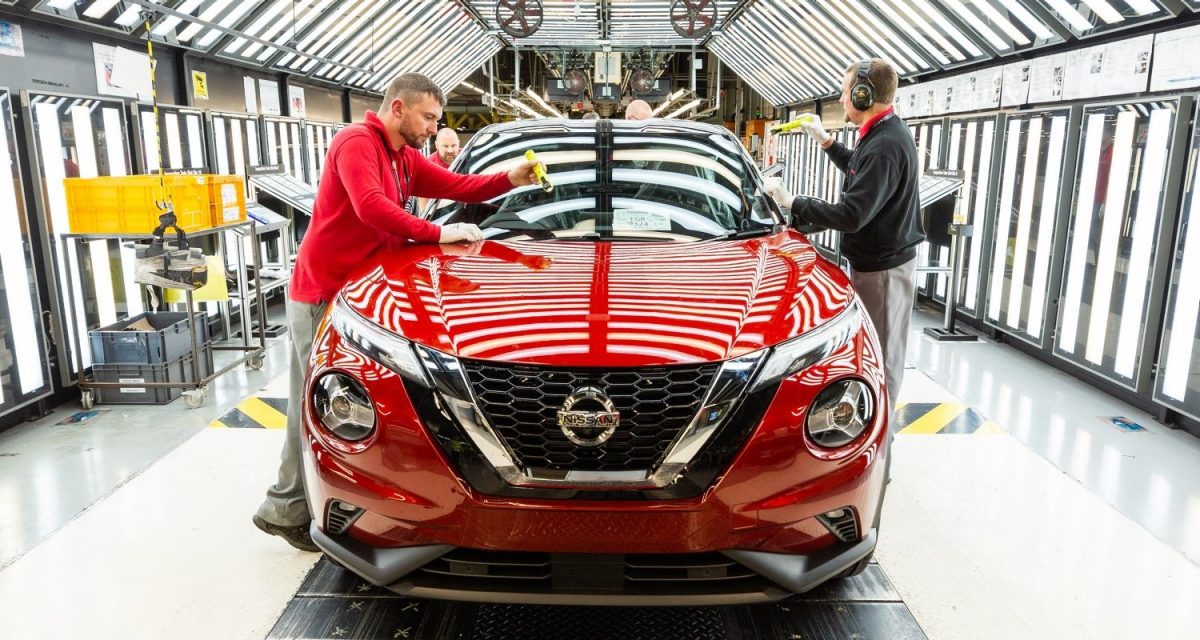 Nissan has set out plans for a new £1bn electric vehicle hub in Sunderland, which will create thousands of jobs.

The plans include a new electric battery plant, built by its partner Envision, and production of its new all-electric model.

The Japanese carmaker said that about 900 new jobs would be created at Nissan, 750 at Envision and 6,200 in total throughout the wider UK supply chain.

Nissan’s president and chief executive, Makoto Uchida, said the carmaker’s “comprehensive approach” would extend beyond the development and production of electric vehicles to include a renewable energy “microgrid” to provide its Sunderland car factory with 100% clean electricity, and plans to reuse car batteries for energy storage.

The site is expected to open in 2024 and produce 9 gigawatt hours (6GWh) of battery capacity a year, far more than the 1.9GWh at its existing Sunderland plant, and could grow to to 35GWh, matching Tesla’s 35GWh gigafactory in Nevada.

The carmaker’s green energy investment represents a “major vote of confidence in the UK and our highly skilled workers in the north-east”, according to the prime minister, Boris Johnson.

Kwasi Kwarteng, the business secretary, said Nissan’s energy hub plan “represents a solemn commitment to the people of Sunderland, bringing further high-skilled jobs and turbocharging our plans to level up the north-east”.

He said: “This is a huge step forward in our ambition to put the UK at the front of the global electric vehicle race, and further proof, if any was needed, that the UK remains one of the most competitive locations in the world for automotive manufacturing.

“The cars made in this plant, using batteries made just down the road at the UK’s first at scale gigafactory, will have a huge role to play as we transition away from petrol and diesel cars and kickstart a domestic electric vehicle manufacturing base.”

Mike Hawes, the chief executive of the Society of Motor Manufacturers and Traders, said: “It also demonstrates the UK automotive industry’s commitment to net zero and that the transition to these new electrified vehicles can be ‘made in Britain.’”