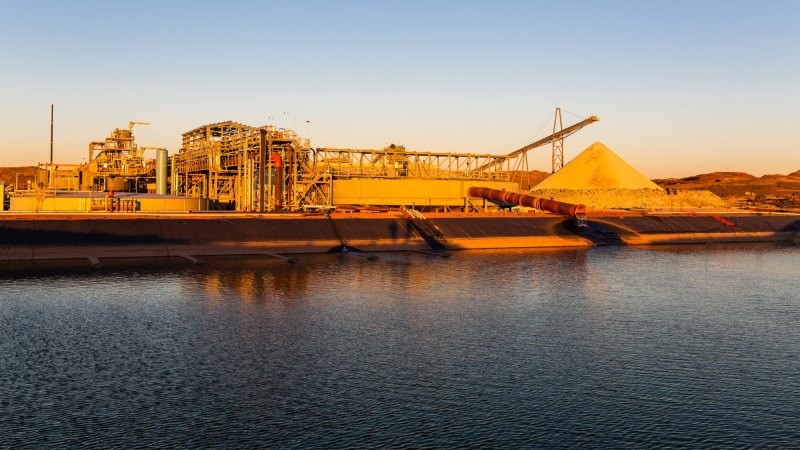 Prices for lithium, the key ingredient in the batteries that power electric cars and store renewable energy, have been under pressure from an influx of new producers and supply outpacing demand.

While COVID-19 has taken a toll on new electric car sales, lithium prices have stabilised in recent months and are tipped to rally as electric carmakers expand production and governments unleash “green” stimulus packages across the world.

ASX-listed Pilbara Minerals said demand for the lithium raw material known as spodumene concentrate was improving, both from its existing customers and new prospective buyers.

“What a great way to start the New Year with record tonnes shipped from Pilgangoora to support increasing customer demand and an upward trend evident in the price for lithium chemicals in China, showing positive signs of a recovery in the lithium raw material market,” Mr Brinsden said.

A “material uplift” in lithium chemicals pricing in China has led to the Platts battery-grade carbonate price rising 35 per cent from its lows in August 2020, Pilbara Minerals said.

Australia is the world’s top exporter of lithium, accounting for 55 per cent of supply, which it ships mainly to China for processing. After embarking on a steady decline in 2018, shares in a string of ASX-listed lithium miners have been on the rise since October amid renewed optimism about the electric vehicle revolution and signs of strengthening sales in China and Europe. Elon Musk’s electric car giant Tesla last weekend said it had delivered nearly half a million cars in calendar year 2020.

From 2010 to 2018, lithium prices tripled as the global electric vehicle fleet reached 5 million and concerns surfaced among car-makers about their supply of raw materials. However, a lithium glut over the past two years caused prices to tumble more than 50 per cent. 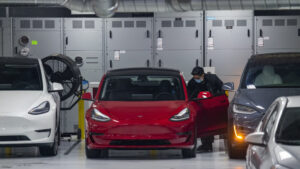 A worker wearing a protective mask cleans a Tesla Inc. vehicle at a store in San Francisco on Tuesday.

Australian lithium producer Altura Mining went into receivership in October and mothballed its mine at Pilgangoora. Pilbara Minerals, whose assets neighbour Altur has struck a deal to buy Altura’s lithium operations for $US175 million ($224 million).

Mr Brinsden said the Altura acquisition would strengthen Pilbara Minerals’ ability to “respond to a recovery in the lithium market and capitalise on improvements in market conditions”.a’s, has struck a deal to buy Altura’s lithium operations for $US175 million ($224 million).

UBS analyst Glyn Lawcock said lithium prices were expected to recover in 2021 and the investment bank had increased its price forecasts for lithium products including spodumene, carbonate and hydroxide by 10 per cent on average. UBS is forecasting electric vehicles to comprise 40 per cent of new vehicle sales by 2030.

“Naturally this flows through to our outlook for battery raw materials and in particular lithium and graphite,” Mr Lawcock said. “We project a more than eight-fold increase in lithium demand and five-fold increase in natural graphite demand by 2030.”

The spot price for spodumene delivered to China increased 0.2 per cent to US$392 a tonne during the three months to November, according to the federal Industry Department, and is tipped to hit US$510 a tonne by 2022.