Tesla’s success in selling almost 500,000 electric vehicles (EVs) in 2020 has reignited investor interest in companies producing battery-making metals, such as lithium, with some miners starting to outperform the car maker on the stock market.

For investors. what’s happening with battery-metal miners looks like a re-run of the boom conditions in 2017 when share prices rocketed up despite sluggish EV sales.

That first flush of demand for mining and exploration companies exposed to lithium, graphite, cobalt and nickel ended in a spectacular bust because metal supply significantly outstripped demand for EVs. 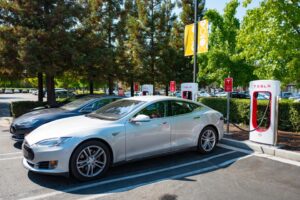 The battery metals crash, which lasted until early this year, was a classic demonstration of arriving too early at a party—which can be worse than being last to leave.

This time it should be different because EV demand really is rising as seen in last year’s 36% increase in Tesla sales despite the depressing effects of the Covid-19 pandemic on global mobility and overall vehicle demand.

Tesla On Top, For Now

While Tesla is the current EV leader, it is being joined in the race to overtake internal combustion engines by traditional vehicle leaders, such as Mercedes Benz, Toyota, Ford and Audi.

Increasing competition for EV sales, as obstacles such as limited charging stations and range anxiety are overcome, is being boosted by government incentives for drivers to make the switch.

In the two months since the U.S. elected a more environmentally focused President in Joe Biden, the shift towards EVs has accelerated and can be seen in Tesla’s 76% share price rise since early November from $400 a share to $705.

But Tesla’s rise has been matched, and in some cases beaten, by battery metal companies as they are being re-discovered by investors.

Pilbara Minerals, an Australian producer of lithium, is up 137% since early November. While it’s easier for a relatively small company valued at $1.8 billion to rise faster than Tesla with its $670 billion stock market value, the double-your-money win in just eight weeks is very real for Pilbara shareholders.

Other lithium miners are joining the battery metals charge. U.S.-based Albemarle Corporation has enjoyed a 58% share price rise since November 4, up from $93.43 on the New York Stock Exchange to $147.52 at the close on Friday.

Graphite explorers and producers have shared in the return of confidence in the battery metals story with Talga Group, an Australian-based and Swedish-focused developer of graphite products, up 65% since early November.

Investment banks have been dusting off their battery metal research. Goldman Sachs, late last month, lifted its forecasts for lithium. Spodumene (a primary ore of the metal) is tipped to rise from $395 a ton to $536/t this year. Lithium hydroxide (a processed form of the metal) is forecast to rise from $10,882/t to $11,800 and then up to $13,000/t in 2023. 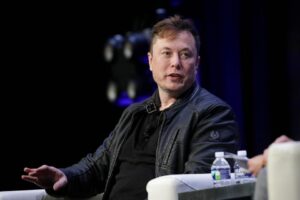 The key to the revitalization of the battery metals sector lies in rapid growth in consumer demand for EVs, the missing link in the original flush of enthusiasm, and while it is Tesla leading the way, other vehicle makers are compounding demand growth and potentially exposing a shortage of some critical metals.

If shortages do develop, battery metal prices could spike higher with a corresponding effect on share prices.