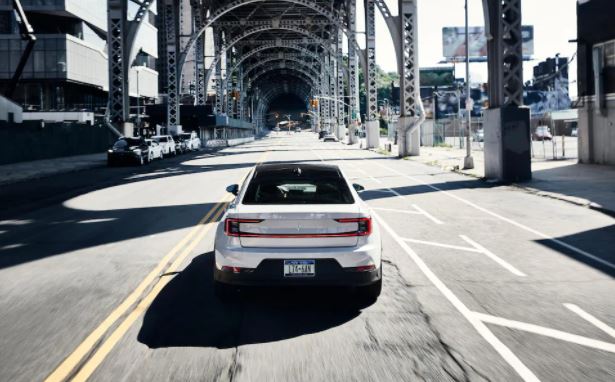 On the outskirts of the Swedish city of Gothenburg sits a towering white box with a subtle cross emblazoned on its exterior.

Nicknamed “the cube”, it is home to Volvo-owned electric car company Polestar – a brand which has up until now been better known for its racing cars than its road vehicles.

In the battle to create the ultimate electric vehicle (EV), Polestar is now taking  on Silicon Valley with its latest model, the £49,900 Polestar 2, going head to head with Tesla’s Model 3 and Model S.

Thomas Ingelath, Polestar’s CEO, says he doesn’t want to join Tesla in the “mass production” of EVs. “We want to stay in the premium segment. If you look at the Model S and that price point this is where we meet and have our competition.”

Polestar is just one of a new breed of competitors that is vying to take Tesla’ EV crown. Traditional car makers in Europe have struggled to keep up with Elon Musk’s behemoth, which is now valued at around $574bn, but smaller tech-driven companies claim there are areas of the EV business in which they can do better.

London-headquartered electric vehicle firm Arrival, for instance, has placed its bets on building microfactories to build vehicles in urban settings in direct opposition to Musk’s gigafactories.

“We can put factories in every city, we can hire local folks, generate local taxes, and build a product that serves the local community,” says Avinash Rugoobur, the Arrival president.

“It is an absolute transformation to the way the industry operates, it is a step change to a decentralised approach to it.”

Arrival is due to go public later this year through a so-called special purpose acquisition company (SPAC) in a deal that will value it at around $5.4bn.

CIIG Merger Group, the merger company, was set up by US businessman Peter Cuneo, who previously ran US personal care brand Remington, and comic publisher Marvel.

“We have to understand that there are tens of millions of vehicles around the world that need to go electric,” says Avinash.

“When you think about the market opportunity, it dwarfs the initial investments in these companies. It is a future-facing assumption that the future is electric.”

While Arrival is more focused on building commercial vehicles such as buses and vans, it is within its production side that it could pose a threat to Musk’s Tesla.

Avinash says his 20,000 square metre factories can easily change over time with many of the parts in its vehicles designed to be “plug and play”. By comparison Tesla’s gigafactory spans around 492,000 square metres.

“Just to be clear, even with Tesla, when you’ve deployed that much capital in your factory – billions of dollars worth – you’re going to skew your development process a very particular way,” he says.

“Because you have to amortise that investment. You can’t put billions of dollars of investment into factories and let them be dormant, you have to go down a very particular path.”

Tesla itself is producing commercial vehicles of its own. Its pick-up truck – dubbed the Cybertruck – could be released as early as this year while its traditional truck, named the Semi, is expected to be available in 2022.

Musk’s juggernaut is also facing competition on the technology that powers its batteries. The lithium-ion batteries that power the cars have been a leader in both range and charging speed for some time.

Tesla’s Roadster, considered to be the gold standard of electric vehicles, can run for around 600 miles without charging but it costs more than £180,000 and usually takes hours to charge.

A supercharger can charge around 339 miles worth of range into a Model 3 saloon within a half an hour. But some companies are taking a different approach from lithium. Estonia’s Skeleton Technologies has reportedly captured the attention of some of Europe’s top manufacturers.

The company has focused its efforts on building so-called supercapacitors, which use no lithium, nickel, manganese, or “scarce resources” but can charge “in a matter of seconds”.

Supercapacitors, based on graphene, can charge faster than that of its lithium stablemates but they have generally been plagued by a lack of energy density, meaning they cannot compete on range. But that looks set to change.

“In terms of supercapacitors, they are somewhere where lithium ion batteries were back in 1999,” says Taavi Madiberk, the chief executive of Skeleton Technologies.

“We already used the batteries then for laptops and cell phones, but it cost $5,000 per kilowatt hour to produce. Now that is nearly down to $100 per hour. We see supercapacitors going for a similar type of curve.”

Indeed Musk himself tipped super-capacitors to be the future of electric cars  in 2011 but insisted a “breakthrough” was needed to allow them to store more power.

For now, supercapacitors will not act as a direct replacement for battery cells. Instead they will be used to facilitate public transport and the “necessary evil” of hybrid vehicles, according to Madiberk.

“Tesla started out of course as David and the auto industry was the Goliath,” says the 31-year old. “But nowadays, Tesla is very much the Goliath in the industry.”

The newly-crowned Goliath is also facing up to ambitious foes in other areas too. Volkswagen-backed NorthVolt, which was founded by Peter Carlsson, a former Tesla employee, plans on building a gigafactory of its own. Similarly, UK-based BritishVolt intends to do the same in Blyth in northeastern England.

For competitors like Ingelath’s Polestar, the goal is now to prove it can go toe-to-toe with the industry’s new Goliath. To do that it must wow customers with “blank sheet” design that is unencumbered by the legacy of traditional automakers.

While Musk may be in pole position today, Europe’s engineering talent in such designs have shown that he shouldn’t get too comfortable.