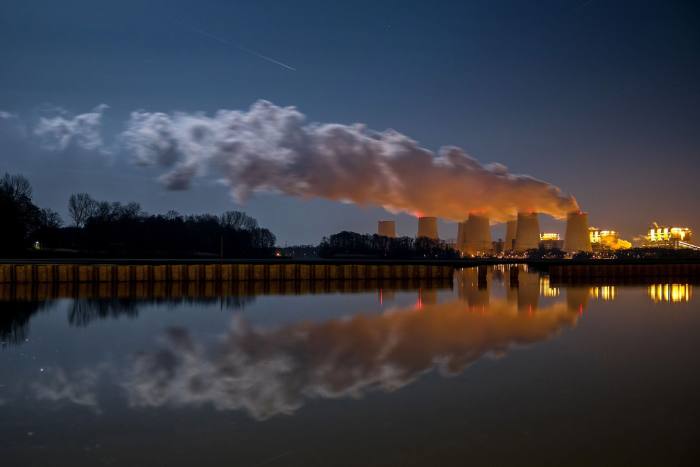 The UK is to toughen its targets on greenhouse gas emissions for the next 15 years, the first major developed economy to do so, the Guardian understands.

Following recommendations of the government’s statutory climate advisors, carbon dioxide is to be cut by 78% by 2035 compared with 1990 levels, the prime minister will say later this week – an increase from the current target of a 68% reduction by 2030.

The move is intended to help spur further action by other governments, ahead of vital UN climate talks, called Cop26, to be hosted by the UK in Glasgow this November.

At Cop26, nations will be asked to set out national plans for carbon curbs over the next 10 years. Known as nationally determined contributions, or NDCs, these plans form the bedrock of the Paris agreement, but current plans from most countries are far too weak to fulfil the aims of the treaty.

Joe Biden is expected to set out the US’s NDC later this week, ahead of a virtual climate summit of 40 world leaders he is hosting. China is also expected to submit an NDC in the coming months, and new NDCs for Japan, South Korea and Canada are believed to be imminent.

The UK already had an NDC, stipulating 68% cuts by 2030, but by setting out a further target for 2035 the prime minister will fulfil the legal obligations set out in the 2008 Climate Change Act. Under the act, governments must set five-year carbon budgets stretching beyond the term of the current parliament.

The UK’s sixth carbon budget will run to 2035 and was presented last December by the Committee on Climate Change, the independent advisory committee set up under the act.

The Department for Business, Energy and Industrial Strategy refused to confirm the plans, which the Guardian was informed of by independent sources. A government spokesperson said: “We will set our ambition for Carbon Budget 6 shortly, taking into account the latest advice from the Climate Change Committee.”

However, Labour accused the government of setting targets without putting in place the policies needed to deliver them. Ed Miliband, shadow business secretary, said: “The character of this government on climate change is now clear: targets without delivery. So while any strengthening of our targets is the right thing to do, the government can’t be trusted to match rhetoric with reality. Ministers have failed to bring forward an ambitious green recovery. We need a government that treats the climate emergency as the emergency it is.”

The government has caused consternation among senior climate experts around the world in recent months, through a series of measures that have appeared at odds with its commitments to tackling the climate crisis. Senior ex-diplomats told the Guardian that the decision to slash overseas aid was causing particular concern among developing countries ahead of the Cop26 summit.

Observers are also concerned at actions including the green light for a new coalmine, now subject to a public inquiry; new licences for oil and gas exploration in the North Sea; the UK’s support for making Australia’s climate sceptic former minister Matthias Cormann head of the OECD; the scrapping of the green homes grant, the government’s only “green recovery” measure; airport expansion; and slashing support for electric vehicles.

Chris Venables, of the Green Alliance thinktank, said: “It’s great news that the government will put the 2035 target into law, and including aviation and shipping is genuine global climate leadership. But it’s increasingly jarring for this long-term ambition not be backed up by action in the here and now. The clock is running down to Cop26 in November, and a detailed and fully funded net zero plan is needed well before then.”

Ed Matthew, campaigns director for the climate change think tank E3G said: “Setting an ambitious emission reduction target would boost the UK’s diplomatic drive to persuade other countries to set out ambitious targets of their own. That is one of the big tests of UK climate diplomacy ahead of the Cop26 climate summit. The UK now has the opportunity to spark a global green industrial revolution but ultimately its credibility will rest on action. It must now put in place the policies and investment needed to achieve the target. That is the mark of true climate leadership.”