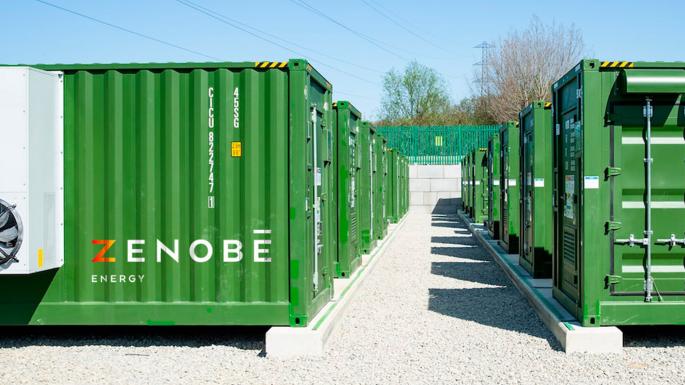 A start-up backed by M&G, the fund manager, is preparing to build one of Europe’s biggest battery storage projects near Chester.

Zenobe Energy, chaired by Steve Holliday, a former National Grid boss, plans to begin construction of the 100-megawatt battery at Capenhurst on The Wirral by June.

The project will cost tens of millions of pounds and should be completed by April 2022, when it will be capable of supplying enough electricity to meet the needs of more than 100,000 homes for an hour at peak demand.

Zenobe said that the battery would help National Grid to deal with increased volatility in the frequency and voltage of the network caused by the shift to renewable energy.

James Basden, its co-founder, said: “As more coal and gas power stations come off the network and we replace that power with solar and wind, it gets harder to manage the electricity power grids. It gets very hard to keep the voltage at the right level.”

The company has secured a £3 million contract from National Grid to use the battery to help to address that issue and to keep the voltage of the transmission network in the Mersey area at safe levels. It also plans to make money by using the battery to offer National Grid services to help to balance the frequency of the network nationwide.

Zenobe said that its project would be the biggest single battery connected to the grid in Europe. However, other 100MW projects exist that comprise two co-located 50MW units, such as the Minety project in Wiltshire, which is due to be extended to 150MW with the addition of a third unit this year. Intergen is planning to build a larger, 320MW battery in Essex, although it is not expected to be operating until 2024.

There has been rapid growth in battery storage projects in Britain over the past few years as the country shifts toward renewable energy and shuts down old coal plants to help to tackle climate change. Batteries can help to deal with fluctuations in supply and demand, absorbing excess wind or solar power when it’s not needed and discharging it back to the grid when supplies are scarce. Projects often make significant revenues from contracts with National Grid to help it to manage short-term fluctuations in the frequency and voltage on the grid caused by renewables.

Zenobe was founded in 2017 and gained backing from investors including Tiger Infrastructure Partners, the New York-based investment firm, and Jera and Tepco, the Japanese groups. Infracapital, M&G’s infrastructure division, invested £150 million late last year and now owns a majority stake in the company.

Zenobe already has 75MW of battery storage in operation on the grid. The Capenhurst battery is the first investment using M&G cash and Zenobe said that was on track to have one gigawatt of capacity by 2026. Figures from Renewable UK, the wind industry body, show that by early February Britain had 1.1GW of operational battery storage projects, with 600MW under construction and 8.3GW of capacity with planning consent